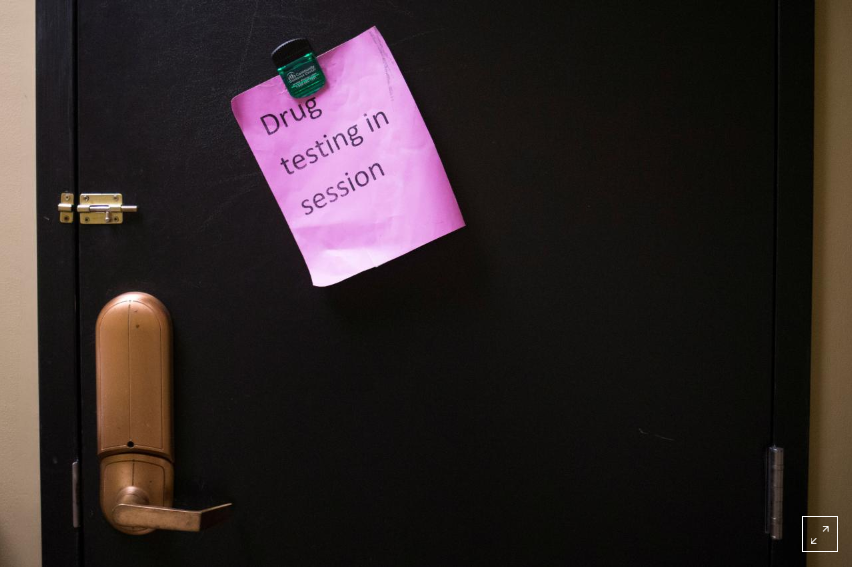 Laura Perryman expected her medical company, Stimwave Technologies Inc, would have to wait several years for its painkilling device to win U.S. approval as a treatment for chronic migraines.

She now thinks it could be done in months, thanks to a new initiative by the U.S. Food and Drug Administration to use medical device-based treatments, diagnostic tests and mobile medical apps to address the country’s opioid crisis.

When President Donald Trump declared a public health emergency over the abuse of heavy-duty painkillers like oxycodone and hydrocodone, he ordered all government agencies to take action in response to the death of 70,000 Americans last year from drug overdoses.

The FDA told Reuters it has received over 200 submissions from companies seeking a speedy approval process for their devices. These range from Stimwave’s Halo to painkilling products made by Abbott Laboratories and other industry heavyweights as an alternative to opioids.

“We’re pleased by the robust interest in this innovation challenge and the acknowledgement from developers about the unique and important role medical devices, including digital health technologies like mobile medical apps, have the potential to play in tackling the opioid crisis,” FDA Commissioner Scott Gottlieb said.

Perryman’s Halo devices, which look like angel hair pasta and are so small they can be injected into a nerve, took four years to get U.S. approval under other names for easing leg and back pain.

She hopes a spot on the FDA program will see Halo approved within a year as an alternative to opioids, which are currently used to treat an estimated 50 percent of patients who come to emergency rooms with migraines.

“This is kind of perfect for something like ours…since the device is shown to be safe already,” said Perryman, who founded privately-held Stimwave in South Florida seven years ago.

The FDA has been increasingly reluctant to greenlight new opioids for market but earlier this month approved a potent opioid-based painkiller from AcelRx Pharmaceuticals Inc placing tight restrictions on its distribution and use. In a rare move, Gottlieb made a public statement at the time, explaining the decision.

The regulator’s push for alternatives to opioids has helped drive interest from venture capital funds and institutional investors this year in firms promising to develop alternatives, according to interviews with device companies, financial services firms and brokerage Cowen & Co.

For example, privately-held Virpax Pharmaceuticals, which makes an aerosol spray that delivers a non-opioid pain drug, said it had four or five banks interested in running its Series A investment round this summer versus just one in the past.

Abbott has submitted an entry for the competition in the hope it will slash waiting times, which often stretch several months just to get an initial meeting, according to Dr. Allen Burton, Abbott’s medical director of neuromodulation.

“Devices that are part of this (program) will be streamlined… their meeting will go to the top of the pile,” said Burton.

While neuromodulation is only a small part of Abbott’s large medical device business, the unit is seen as a growth engine for the company. Burton estimates between 10-to-20 percent of the growth Abbott has seen in its neuromodulation business could be tied to doctors prescribing its devices for pain after surgery or from injury to patients that are opioid averse.

Boston Scientific did not apply for the contest, but the company is investing “heavily” in its neuromodulation unit, which was its fastest-growing at nearly 23 percent in the latest quarter, according to Maulik Nanavaty, senior vice president at the device maker.

“We continue to make external investments in early (neuromodulation) technology,” he told Reuters.

To be sure, these devices are not seen as a silver bullet for opioid addiction. Nirad Jain, a partner at consulting firm Bain & Co, believes many of the solutions on the table are just tinkering at the edges of a problem that needs to be solved by doctors simply settling for fewer or less potent opioids.

ADDICTION
Academics and charitable groups dealing with the social fallout of the crisis say the bulk of the rise in deaths stems from misuse of prescription painkillers. That has put the onus on regulators in September to issue new rules cracking down on prescribing by doctors.

“The goal is that these guidelines will provide evidence-based information on the proper number of opioid doses that should be dispensed,” Gottlieb said in a statement at the time.

“Our goal is to help prevent patients from becoming addicted by decreasing unnecessary or inappropriate exposure to opioids.”

Although the FDA contest is limited to devices and app-based solutions for pain and addiction, the current regulatory climate is also conducive to companies developing opioid-alternative pharmaceuticals.

Drugmakers including Pfizer Inc, Eli Lilly and Co, Regeneron Pharmaceuticals Inc and Teva Pharmaceutical Industries Inc have been packing their pipelines with potential solutions to the crisis and there are 120 non-opioid drugs under FDA review this year, up some 650 percent since 2013, according to business intelligence firm Informa.

Privately-held SPR Therapeutics Inc told Reuters it has entered its “temporary” neuromodulation device in the contest. Similarly to Stimwave’s, its product is implanted into the body but can be surgically removed after about two months. Josh Boggs, a senior executive at the company, expects to get quicker feedback from the FDA and shorter review times in the wake of the crisis.

After years in the business, he believes the crisis has increased the agency’s desire to collaborate with medical technology companies like his.

“I feel like (FDA) people are coming well prepared to meetings and are very engaged in it. It feels like an atmosphere that’s conducive to finding a solution,” he said.