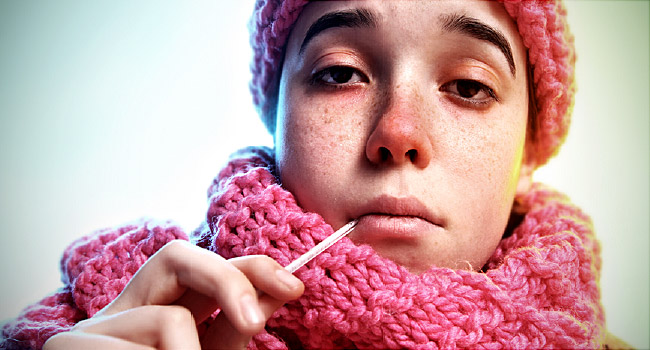 Jan. 7, 2019 — As predictable as post-holiday bills and weight loss resolutions, flu activity is on the rise in the U.S., the CDC reports.
Slideshow
Slideshow: Foods for the Flu

Experts hesitate to predict how bad a flu season will be, but they say several points are worth noting about year’s flu season:

A new drug to treat flu, Xofluza, is now available to pharmacies nationwide. It joins Tamiflu, the most commonly prescribed treatment.
It’s not too late to get a flu shot.
While symptoms can make you miserable, preventing complications is most important.

New Drug on the Block

Xofluza (baloxavir marboxil) was approved by the FDA in late October and treats flu symptoms, says Andrew Villani, a spokesperson for Genentech, which distributes the prescription medicine. However, when WebMD checked six pharmacies last week, just one had it in stock, although all offered to order it.

Xofluza is a single dose oral medication, and like other medicines for flu, needs to be taken quickly after symptoms start. The ideal window, doctors say, is to start it within 48 hours after symptoms begin.

Xofluza is approved for people 12 years old and older, based on results of a study that pitted the drug against a placebo. The study found the median time to symptoms improving was 54 hours on the drug and 80 hours on placebo, Villani says. “Xofluza helps you recover from the symptoms of the flu in just over 2 days,” he says.

In a telephone spot check of major drug chains in Los Angeles, Chicago, New York City, Minneapolis, Atlanta, and Kankakee, Il., only the Minneapolis drug store had it in stock.

Staff at the other stores said they could order it, giving various timelines about how long it would take to get it in.
Old Standbys

Tamiflu has been on the market since 1999. In 2016, a generic version was approved. It comes in pill or liquid form and can be taken by people 14 days old and older.

Another drug, peramivir (Rapivab), is given in a vein by a health care professional. The FDA approved it for people 2 years old and older. The one-time dose usually takes less than 30 minutes to administer.

Advocates of Xofluza mention the convenience of the single dose vs. 5 days’ worth of Tamiflu doses. While the drugs require different doses and work differently, they have the same result, according to William Schaffner, MD, medical director of the National Foundation for Infectious Diseases. Both interfere with the flu virus’ ability to reproduce and multiply, he says.
Facts About the Flu Vaccine

No studies have looked at head-to-head comparisons of Xofluza and Tamiflu, says Villani of Genentech, which also markets Tamiflu.

The CDC does not recommend Xofluza for pregnant women or breastfeeding mothers, and it’s also not recommended for flu prevention or patients in the hospital.

Patients don’t seem to know about the newer drug, says Lisa Dabby, MD, an emergency medicine doctor at the UCLA Medical Center in Santa Monica, CA. “Not one person has asked me to prescribe it,” she says of Xofluza. “People know Tamiflu and they ask for it.”

If someone did request the new drug, she would consider prescribing it, she says, but first would want to be sure local pharmacies are stocking it to save patients frustration in finding it. And she reminds them: “These antivirals are not the be-all, end-alls.” They shorten how long symptoms last, but they don’t make them disappear instantly, she reminds patients.

As for side effects, patients on these antivirals most often complain of diarrhea and nausea, she says. Others report headache and common cold symptoms.

In kids, Tamiflu has been linked with some psychiatric side effects, such as irritability and occasional seizures. Those reports have caused some pediatricians to hesitate to prescribe it, Schaffner says. But those symptoms go away once the drug is stopped.
Tamiflu, Xofluza Costs

On a wholesale level, the cost of Xofluza is about $150 and of Tamiflu about $152, Villani says.

Insurance coverage and copays for these two drugs vary. But those who have commercial insurance that covers Xofluza can use a coupon available on the drug’s website and ”may pay as little as $30,” he says. Those without insurance may reduce their costs for it by about $60, with a net cost of about $90, he says.

The generic version of Tamiflu is sold online, without insurance, for about $50.

More Stats on the Flu Season

Usually, flu activity peaks from December through February, the CDC says, and February has been the most common peak month in the past 36 years.

This year, the circulating viruses are predominantly influenza A (H1N1)pdm09 and H3N2, with influenza B viruses also circulating, the CDC says.

The H1N1 viruses have been most prevalent in the United States, but the influenza A (H3) has been most common in the southeastern U.S., the CDC says.

And some good news: Most of the circulating viruses analyzed are similar to the viruses in this season’s vaccine.

While patients with the flu are eager to feel better and get back to work or family responsibilities, doctors are focused on more than that, Schaffner says. “The main thing we want to do is prevent the serious complications of influenza.”

These include pneumonia, inflammation of the heart, and organ failure. Those at high risk of flu complications include anyone 65 and older, children younger than 5, pregnant women and women who have delivered a baby within the past 2 weeks, Native Americans, Alaska Natives, and nursing home or long-term care home residents. In addition, anyone with health conditions such as asthma, sickle cell disease, lung or heart disease, diabetes, kidney or liver problems, the very obese (BMI of 40 or more), immune system issues such as HIV, or cancer is at high risk of getting complications.

When his patients come back for a follow-up visit after getting through the flu, griping about time off work or flu misery in general, Schaffner says he often tells them: “I’m glad you are [still] here to complain.”