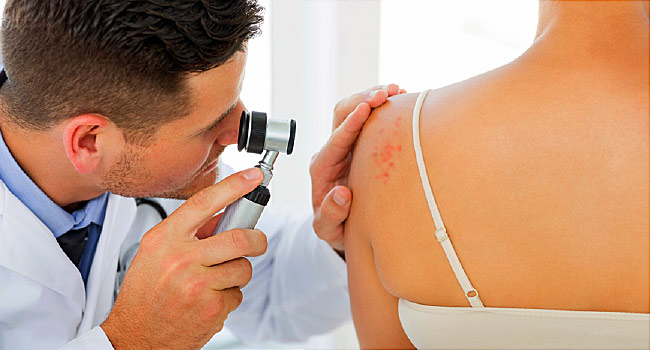 May 6, 2019 — As melanoma cases continue to rise sharply, Americans are being urged to get screened early for this deadliest of skin cancers. But some dermatologists question whether screening people without symptoms has resulted in overdiagnosing melanoma, bringing unnecessary anxiety and treatments.

They note that while the number of invasive melanoma cases diagnosed in the U.S. doubled from 1982 to 2011 and continue to rise, death rates have only dropped slightly. From 2007 to 2016, deaths from melanoma decreased by 2% in adults 50 and older and by 4% in people younger than 50.

“A huge increase in diagnosed melanomas should be associated with a steep decline in mortality,” says Ade Adamson, MD, a dermatologist and assistant professor at Dell Medical School at the University of Texas at Austin. “This is a very delicate discussion in my field because we want to believe so badly that screening healthy people and early detection is going to save lives, regardless of the cancer.”

Adamson says advances in technology contribute to overdiagnoses, including skin scanning tools that pick up tiny changes the eye can’t see. He says it is difficult, sometimes impossible, for a doctor or pathologist to tell a malignant melanoma lesion from a benign mole in the earliest stages of skin cancer.

He says the United States Preventive Services Task Force — a group of independent experts that use evidence to guide decision making — cites overdiagnosis as one of the reasons it doesn’t endorse routine skin cancer screening. The task force said it didn’t have enough data to determine if screening helps save lives. This recommendation is for people without a history or skin cancer who do not have any suspicious moles or other spots.

“The potential for harm clearly exists,” according to a statement the task force released in 2016, although “current evidence is insufficient to assess the balance of benefits and harms of visual skin examination by a clinician to screen for skin cancer in adults.”

It says potential harms include misdiagnosis, overdiagnosis, cosmetic effects from biopsy (where a doctor removes a small amount of tissue to examine it for cancer cells), and overtreatment. For instance, surgical removal of moles can leave scars, and medications can have side effects.

Overdiagnosis is controversial in the field of dermatology, where the prevailing wisdom is that greater exposure to ultraviolet (UV) radiation from the sun and tanning salons has led to higher melanoma rates over the years. Dermatology organizations urge Americans to use sunscreen, avoid tanning salons, and regularly get screened for skin cancer, especially if they sunburn easily or have a family history of the disease.

Since 1985, the American Academy of Dermatology has offered free skin cancer screening clinics around the country in May, which is melanoma awareness month.

A spokesman for the academy, Joel Cohen, MD, says the rise in melanoma cases may be related to better technology in the field that helps detect cancer early, screening programs that find melanoma early, and public education campaigns about how to recognize the early signs of skin cancer. When caught early, melanoma doesn’t have to be a death sentence, he says.

“Early diagnosis is absolutely essential when it comes to melanoma,” says Cohen, director of AboutSkin Dermatology in Greenwood Village, CO. “When we catch something tiny, believe me, it’s something to celebrate about. You’ve actually given this person a chance at life.”

Five-year survival rates for people whose melanoma is detected early is 92%, according to data provided by the American Society of Clinical Oncology. If the cancer has spread to other part of the body, that rate drops to 23%.

A recent study examined the American Academy of Dermatology’s SPOTme skin cancer screening program from 1986 to 2014. It said the data suggest that the program “detected thousands of skin cancers that may have gone undetected or experienced a delay in detection.”

It also said that people who went on to be diagnosed with skin cancer were more likely to be uninsured.

David J. Elpern, MD, a dermatologist in Williamstown, MA., says that overdiagnosis — not exposure to the sun — has contributed to rising melanoma rates. He believes dermatologists are finding more cases of melanoma early because of “diagnostic drift,” a growing tendency to diagnose and treat benign lesions as malignant cancers.

“You’re picking up tumors that probably never would have amounted to anything,” says Elpern, who has spoken out about changes in the field of dermatology that promote care that’s wasteful and not needed.

Overdiagnosis is not without consequences, he says. Once a patient is labeled with cancer, they’re launched into the health care system, where they’re subjected to excessive and expensive treatments, including biopsies, that are profitable for dermatologists.

“We’re ramping up health anxiety,” he says. Some dermatologists argue that these lowest-risk conditions shouldn’t be labeled as cancers at all. Instead, they should be watched.

But Stephanie Gardner, MD, a dermatologist in suburban Atlanta, says they are vigilant for a reason.

“Patient education and self-exams, appropriate timing of skin exams by dermatologists, and removal and surveillance of suspicious lesions all help to prevent advanced disease,” she says. “I would much rather be overdiagnosed than have a cancer missed, along with all of those ramifications.”

Prevention is the first step to avoid skin cancer. The American Academy of Dermatology urges everyone to take these steps:

People at higher risk of skin cancer include those who have: