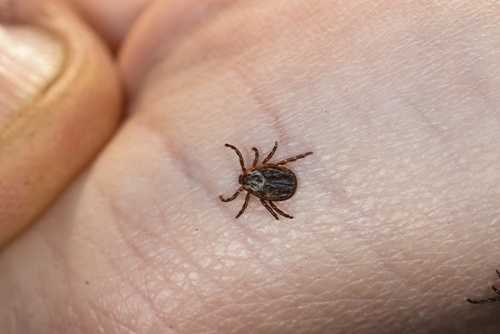 The size of the problem

Encephalitis is an acute inflammation of the brain, which can cause serious illness and death. The prevalence of encephalitis has proven difficult to ascertain, due to diagnostic and coding challenges, but recent estimates suggest 5.23 cases per 100,000 population per year. Viral causes predominate, with herpes simplex being the commonest aetiology. However, in up to 60% of all cases of encephalitis in the UK, there is no specific cause delineated.

The tick-borne encephalitis virus is an RNA flavivirus, which can cause a potentially fatal and untreatable neurological infection across Europe and Asia. The diagnosis of TBE in this area has increased by over 400% since the 1970s. It is thought that some of this increase is as a result of increased vigilance and suspicion of the disease, but also as result of an increase in the tick population and in changing patterns of human behaviour, resulting in greater exposure to ticks. These behaviours include hiking and fishing in affected areas.

The question which inevitably arises from this increased prevalence is ‘why has the tick population risen?’

The answer appears to be one comprising elements of changes in land use, increased transportation of animals, and increased co-feeding by nymphs and larvae on the same rodent host. The extent to which this co-feeding occurs depends upon the patterns of seasonal host activity, which is influenced by ambient environmental temperature.

The apparent increase in incidence of TBE over the last five decades has therefore been attributed to climate change, which affects both tick and host rodent and other mammalian population dynamics.

Recent evidence of an increase in the potential TBE viral pool in the UK has emerged in the Thetford Forest area. In summer 2019, a single case of TBE was acquired in the New Forest area. As a result, a study was undertaken by Public Health England and the Emerging and Zoonotic Infections National Institute for Health Research, University of Liverpool to look at the prevalence of tick-borne encephalitis virus in the likely host organisms in this area.

Their results included a finding that almost 48% of deer in the Thetford Forest area were seropositive for TBE virus. They concluded that “this detection of TBEV genomic sequence in UK ticks has important public health implications, especially for undiagnosed encephalitis”.

What could happen next?

Although most TBE infections in the UK are imported, the finding of a high incidence of TBE seropositivity in deer and a case of UK acquired TBE is cause for concern. A similar pattern of disease expansion occurred in South Korea some years ago with the consequence of increasing TBE prevalence and the fact that it is now a notifiable disease.

With the further advance of global warming it is therefore possible that tick-borne encephalitis could become a more common pathogen in the UK and should be considered by clinicians in areas of risk.