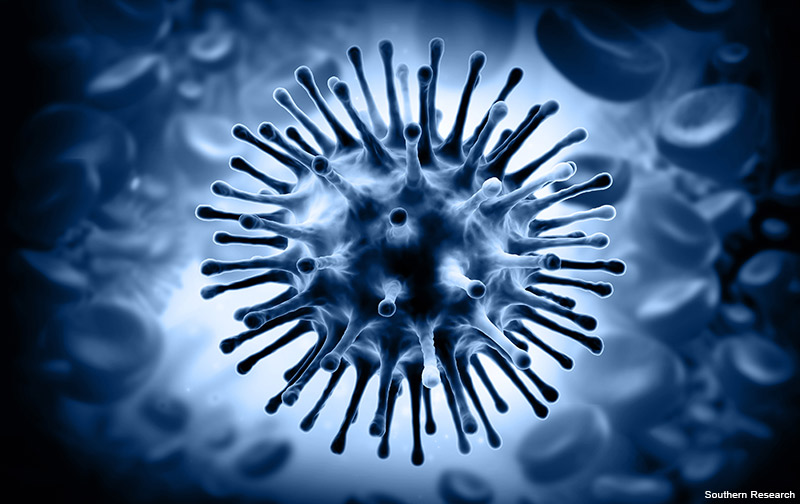 Our country has to maintain a strategy to use against a potential microbial attack that would strike terror in the hearts of every American if we’re not prepared for it when it hits. And make no mistake, it will come. It’s only a question of when.

Are we ready for the next pandemic? I would say no. We’ve made a start in preparing, but we’re not ready for a full-on microbial assault by any stretch.

According to a 2013 assessment by the World Bank:

“Pathogens with pandemic potential continue to emerge, and most of them are of animal origin (zoonotic). They include, for example, Ebola, H5N1 avian flu, H7N9 avian flu, HIV/AIDS, and two kinds of coronavirus: severe acute respiratory syndrome (SARS) and Middle East Respiratory Syndrome (MERS).”

The World Bank also points out that that:

“The 1918 pandemic flu, the most severe of the four flu pandemics in the last 100 years, infected up to 40 percent of some national populations and killed 50–100 million people.”

Let’s start at the beginning: a pandemic is an epidemic of infectious disease that spreads through human populations across a large region – a country or countries, a continent, or even worldwide ― usually resulting in health issues serious enough to cause massive death among those infected.

“If anything kills over 10 million people in the next few decades, it’s most likely to be a highly infectious virus rather than a war. Not missiles, but microbes.”

That’s a quote from a TED Talk given by Microsoft co-founder Bill Gates in early 2015, only about a year after the start of an Ebola outbreak in West Africa, which ultimately claimed almost 29,000 lives. It’s now two years later, and the warning Gates gave still rings true as a very valid concern. In his talk, he said that there was no need to panic about this, but that, as a country, “we need to get going.”

He may have been right about not needing to panic. But it’s time to get going now.

The big question, though, is how? What do we do? How do we prepare for something that is ultimately unknowable until it hits?

We have a fairly recent example of a viral outbreak that can help us get ready for that fight – the Ebola virus outbreak in West Africa of just a few years ago that I just mentioned. It was an unprecedented epidemic with an unprecedented response that took years to get under control. The independent medical humanitarian organization, Medecins Sans Frontieres (MSF) – more widely known in the U.S. as Doctors Without Borders – organized a global response to the outbreak. The group is primarily made up of doctors who volunteer their time and expertise to any given global medical threat.

At its peak, MSF employed nearly 4,000 national staff and over 325 expatriate staff to combat the epidemic across the three countries.

In Liberia – just one of the three primary countries where the Ebola outbreak extended to – 189 health care workers died after contracting the virus. That’s one of every 10 workers who dedicated themselves to stopping the spread of the outbreak. Unfortunately, that pales in comparison to the general mortality numbers of the outbreak, which show that of the total 28,636 documented cases of people infected by the Ebola virus between 2014 and January 2016, there was a resulting 11,315 deaths, according to the World Health Organization (WHO). That’s a mortality rate of nearly 40 percent. Very scary stuff.

According to the non-fiction book, The Hot Zone, written by Richard Preston and published in the mid-’90s after the Ebola virus first emerged from the jungles of Africa and claimed its first human victim, Preston writes:

“A hot virus from the rain forest lives within a twenty-four-hour plane flight from every city on earth. All of the earth’s cities are connected by a web of airline routes. The web is a network. Once a virus hits the net, it can shoot anywhere in a day – Paris, Tokyo, New York, Los Angeles ― wherever planes fly. Charles Monet and the life form inside him had entered the net.”

Charles Monet was the man initially infected with that life form – the Ebola virus ― who Preston was writing about in The Hot Zone. Monet was trying to get to a hospital in Nairobi, Kenya, flying aboard a Kenya Airways flight. It was nothing more than luck that Monet didn’t infect anyone on the plane and luck that the virus really didn’t “enter the net” and spread worldwide. And this was some 35 years before the Ebola outbreak in 2014.

The next big viral outbreak doesn’t necessarily have to be something as exotic as an Ebola virus or some other as yet unknown zoonotic pathogen. It could simply be the next strain of influenza – the flu – that we’ve never seen before that could turn deadly. The source could be a natural epidemic, or it could be bio-terrorism.

Here are some of the steps we need to take to avoid at least a major worldwide health scare or at worst a pandemic:

Speed is the first factor. We’ve got to be able to quickly identify the threat and move to treat it as fast as possible. Speed is the ultimate weapon. Identification usually the easy part. Then what, though? How do we minimize the spread of the infection and contain it?

Reserves – in a word – just as in we have now as part of our current military. We need medical reservists who can be called up to handle an infectious outbreak – a U.S. medical dream team ready to be deployed to the hot spots and begin front-line treatment and containment.

We need a group of key epidemiologists also ready to evaluate the disease and formulate a plan for the most effective treatment of the “microbial missile.” We need dedicated researchers who can identify and formulate treatment protocols, develop vaccines and research the most effective ways to eliminate the threat. Modern advances in biology should lessen the turnaround in the time it takes to look at a pathogen and then find a quick path to manufacturing drugs and vaccines at scale that could work against that pathogen or develop a universal treatment protocol to be implemented.

Exercises – practice. Now is the time to identify the personnel who would make up these teams and train them. We need to perform military-like exercises – “germ games” as Bill Gates called them in his TED Talk – to be ready for an outbreak. We’ve invested a lot as a nation to build up our military defenses – people, weapons and weapons platforms, hardware, software, logistics, networks, command structure – all of it. But if the next big threat to US human lives is microbial, what do we have invested right now to stop a major epidemic? Very little.

WHO is funded to monitor epidemics, but not to take action to stop them. We can’t let that gap go unfilled here in America.

The World Bank estimates that if we have a worldwide flu epidemic, we’d have millions of deaths. And they also say that as a result of the epidemic, global wealth would depreciate by more than $3 trillion. Not million, not billion – trillion.

Invest now. If we invested even a small fraction of that astronomical amount of money in readying to stop such an outbreak, wouldn’t it be worth it? And this kind of investment would evolve significant benefits beyond just being ready for the next pandemic. This should absolutely be a priority. We can build a terrific response system.

Leverage technology. Technology is advancing at such a rapid pace that we’re barely able to keep up with and implement the improvements made on a monthly and yearly basis. So who knows the kind of technology we’d be able to leverage in the future. But even so, currently we can use modern technology that is now as simple and basic as cell phones. Cell phones can get information fed in from the public and can also be used to get information back out instantaneously. Satellite tracking can monitor people movement.

Response. Why not pair the medical people with the military to take advantage of the military’s ability to move quickly in response to a threat? It’s an idea Bill Gates surfaced in his talk, and I would agree with the strategy. There’s not one area of America we couldn’t get to quickly if we paired up the medical personnel with military movement and transportation.

There is a lot of room for progress and a lot we can do to be ready for the next pandemic. And we need to start now.