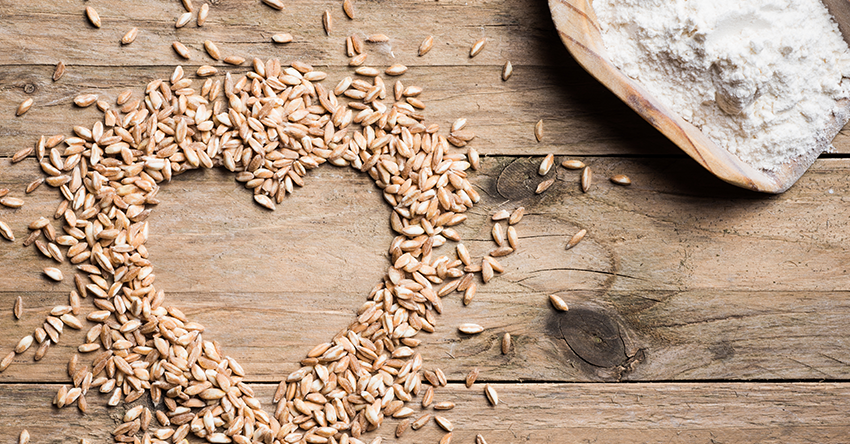 The terms ‘gluten free’ and ‘wheat free’ are often used interchangeably, which is one of the biggest causes of confusion when you finally discover that they are not, in fact, the same thing. Both diets are on the rise as we are starting to see new sensitivities to mass-produced food arise, and it’s not uncommon to see gluten free and wheat free selections on more and more restaurant menus or grocery store shelves. Roughly around 15% of people are intolerant to gluten or wheat in North America. It also seems to be exactly the same types of food that boast being gluten free or wheat free: generally things made with flour.

In both cases they seem to cause the same negative symptoms. Neither wheat nor gluten is inherently unhealthy or harmful to the human body as a rule. However, as with other allergies and sensitivities, wheat and gluten can both cause adverse reactions, but their effects differ depending on each individual’s immune system and its capabilities. People generally adopt wheat free and gluten free diets to whatever extent they experience the symptoms. Some common reactions to gluten and wheat that can be avoided by changing your diet are constipation, gastrointestinal issues, cramps, headaches, skin rashes, bloating, unexplained allergies and nutritional deficiencies.

So, if there is a difference between wheat free and gluten free diets, what is it?

Wheat Free 101
We all know what wheat is, right? It’s a staple food in the modern human diet, and the third-highest produced cereal grain in the world – just behind maize (corn) and rice. Barn, germ and endosperm are the three major parts of the wheat kernel, and between the three of them it provides us with protein, nutrients (Vitamin B and fiber) and carbohydrates.

We use it most notably to make flour – the basis of baked goodies, breads, cereals and pastas – and to ferment beer and other alcoholic beverages. Things made from barley and rye grains are generally safe for wheat free diets so long as they are not used in combination with wheat. Read those labels carefully if you’ve got a wheat free guest coming. It’s a very difficult thing to avoid, and if you take a minute to paw through your kitchen, you’ll probably be amazed at how many things contain it.

If we take a more scientific look at the wheat grain, its four major components are revealed:
• Globulin
• Gliadin
• Albumin
• Gluten

Aha! So, now we know that Gluten is a major component of wheat and that all wheat has gluten in it. Now, what’s gluten free?

Gluten Free 101
Gluten, when compared with wheat, is much more pervasive. If you feel like you just crossed off half your shopping list when you read the list of foods containing wheat, just wait until you learn about the gluten free requirements!

Gluten is basically an elastic protein which is found in wheat – but it is also found in additional foods! For example, gluten is commonly found rye, barley, and some types of oats. Sort of crosses off the last of the breads and cereals, doesn’t it?

Gluten on its own does not cause as many reactions as the wheat cereal does. However, what it lacks in quantity it makes up for in quality. Gluten is the major offender for the unfortunate 1% of people suffering from Celiac Disease, an autoimmune disease that causes the body to negatively react to gluten and block nutrient absorption leading to malnutrition, depression, slowed growth and delayed puberty, hair loss, itchy skin, fatigue, easy bruising, and a host of other symptoms if left untreated. Luckily, this disease can be managed well by simply adjusting one’s diet.

The Big Explanation
Having looked at both, it’s clear that the gluten and wheat are related, but not interchangeable. Wheat has gluten in it, but not all gluten products contain wheat.

Put simply, a gluten free diet is always totally wheat free plus it has the additional restrictions of rye, barley, and oat products and derivatives.

A wheat free diet excludes all wheat products, but allows gluten products that are wheat free, and allows the consumption of rye, barley, and oats.

Gluten Free (and Wheat Free) Foods:
If you’re looking for some solid gluten free foods, you’re safe with the following. Remember that since gluten free is the more restrictive of the two, all of these foods can also be safely consumed by someone who is wheat free:

Additionally, there is a good selection of gluten free cereals and other foods that will be labeled as such in all health stores and most large grocery store chains. Keep your eyes peeled for the bright gluten free signs as you wander the aisles next time you’re doing the weekly food shopping.