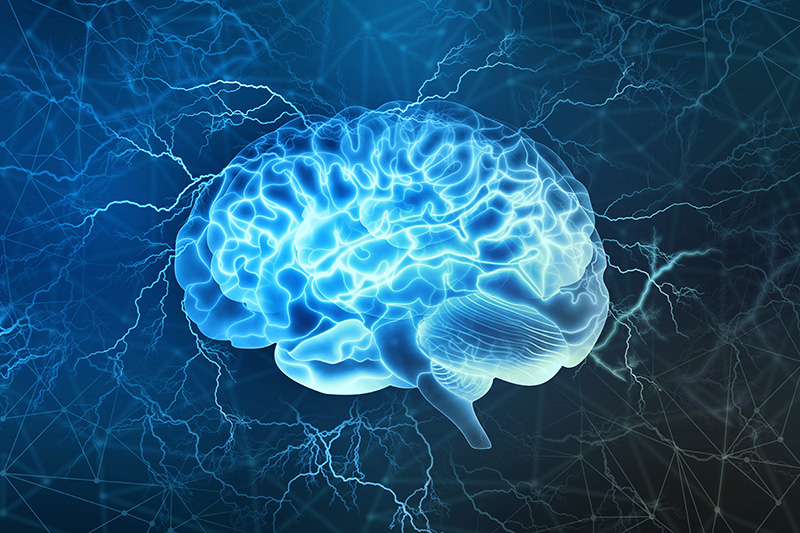 In order to understand the brain, scientists must be able to see the brain — cell by cell, and moment by moment. However, because brains comprise billions of microscopic moving parts, faithfully recording their activity comes with many challenges. In dense mammalian brains, for example, it is difficult to track rapid cellular changes across multiple brain structures — particularly when those structures are located deep within the brain.

A novel microscopy technique, developed by Rockefeller scientists, integrates new and existing approaches to help build a more cohesive picture of the brain. Described in Cell, the technology captures cellular activity across large volumes of neural tissue, with impressive speed and at new depths.

For decades, brain imaging has been plagued by trade-offs. Some techniques produce beautiful images but fail to record neural activity in real time. Others can keep up with the brain’s speed but have poor spatial resolution. And although there are tactics that successfully combine rapidity and image quality, they typically capture only a small number of cells.

“This is in part because the limits that govern these tradeoffs have not been explored or pushed in a systematic and integrated manner,” says Alipasha Vaziri, head of the Laboratory of Neurotechnology and Biophysics.

Hoping to end the era of trade-offs, Vaziri recently endeavored to improve upon a technique known as two-photon (2p) microscopy. It involves the application of a laser that causes bits of brain tissue to fluoresce, or light up; and for many researchers, 2p has long been the gold standard for probing cellular activity in the brain.

Yet, this technique has limitations. Standard 2p microscopy requires point-by-point scanning of a given region, which results in slow imaging. To resolve this issue, Vaziri and his colleagues implemented a novel strategy that permits recording from multiple brain regions in parallel, while carefully controlling the size and shape of each spot recorded.

Another weakness of traditional 2p is that it measures only the surface, or cortex, of the brain, neglecting structures buried deep within the organ, such as the hippocampus, which is involved in storing memories.

“One of the biggest challenges in neuroscience is developing imaging techniques that measure the activity of deep brain regions while maintaining high resolution,” says Vaziri.

Taking up this challenge, he decided to make use of a newer technology: three-photon (3p) microscopy. Whereas 2P doesn’t reach beyond the surface, or cortex, of a mouse brain, 3p penetrates deeper regions. Called hybrid multiplexed sculpted light microscopy, or HyMS, Vaziri’s latest innovation applies 2P and 3P concurrently, allowing researchers to generate a picture of rapid cellular activity across multiple layers of brain tissue.

In addition to its hybrid laser strategy, HyMS also integrates other recent technical and conceptual advancements in the field — a synergistic approach that, Vaziri says, guided the development of the technology. The goal, he says, was to maximize the amount of biological information that could be obtained through multi-photon excitation microscopy while minimizing the heat produced by this method. And when testing their new system, the scientists certainly obtained a lot of information.

HyMS boasts the highest frame rate of available 3p techniques, which means it can capture biological changes at record speed. And whereas previous techniques scanned only a single plane of tissue, this technology can obtain information from the entire tissue sample and allows users to record from as many as 12,000 neurons at once. Another advantage of HyMS is its ability to simultaneously measure activity from brain areas at different depths. Since different layers of the brain constantly exchange signals, says Vaziri, tracking the interplay between these regions is key to understanding how the organ functions.

“Before, people hadn’t even been able to look at the activity of neurons over the entire depth of the cortex, which has multiple layers, all at the same time,” he says. “With this technology you can actually see what the information flow looks like within the cortex, and between cortical and subcortical structures.”

In addition to probing new depths, HyMS allows researchers to record brain activity from animals as they actively engage with their environment. In a recent experiment, for example, the researchers used the technology to record signals from thousands of mouse neurons as an animal walked on a treadmill or listened to sounds. The fact that they were able to obtain good recordings suggests that the technique may be used to monitor large cell populations as animals perform diverse tasks — an application that could help elucidate neural mechanisms underlying various aspects of behavior and cognition.

Further, says Vaziri, techniques like HyMS will be vital to researchers hoping to better understand how brains process information. Neurons in the brain are densely interconnected and information is often represented not by individual cells, but by states of the network.

“To understand the dynamics of a network,” he says, “you need to get accurate measurements of big portions of the brain at a single-neuron level. That’s what we’ve done here.”