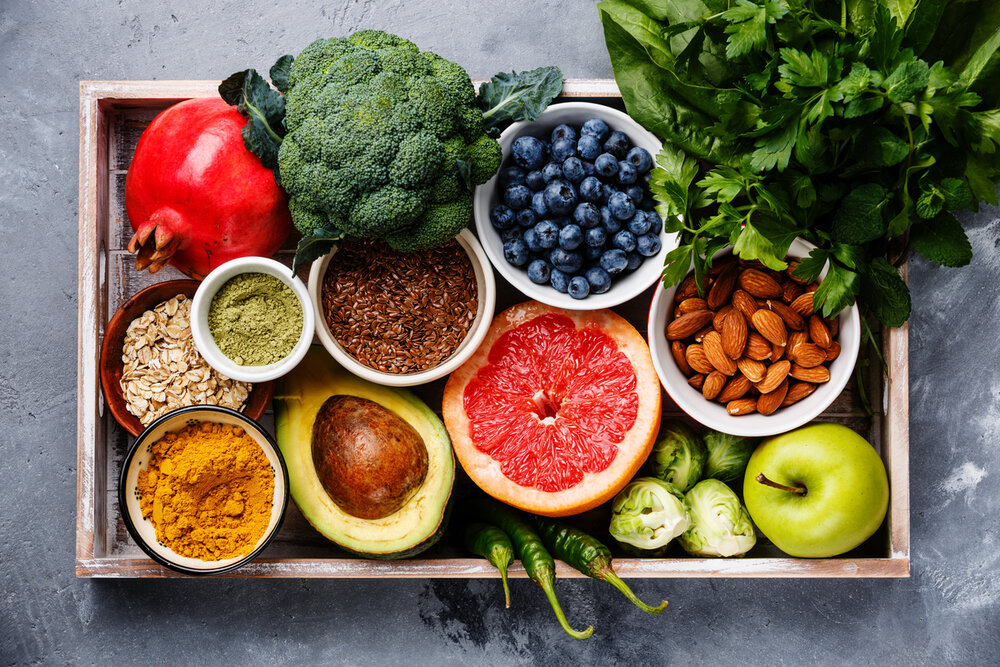 A new study has looked at the links between markers of heart health and three types of diet: the DASH diet, a different fruit- and vegetable-rich diet, and a typical Western diet. Its conclusion? Diets that include lots of fruit and vegetables are associated with better heart health.
A new observational analysis recently published in the Annals of Internal Medicine adds to evidence that diets rich in fruits and vegetables may help protect cardiovascular health.

The analysis draws on data from the Dietary Approaches to Stop Hypertension (DASH) trial, which assessed the effects of a specially designed diet on blood pressure, in comparison with other types of diets.

This DASH diet was developed by specialists in nutrition who were affiliated with the National Institutes of Health (NIH).

On the whole, the DASH diet favors the intake of fruits, vegetables, whole grains, low-fat dairy products, poultry, fish, nuts, and beans over that of red meats and fatty, sugary, or salty foods.

Studying the effects of diet on heart health
For the current analysis, the researchers — including the study’s lead author, Dr. Stephen Juraschek, of the Beth Israel Deaconess Medical Center, in Boston, MA — compared the effects of three types of diet on markers of heart health. The diets trialed were the DASH diet, a different diet rich in fruits and vegetables, and “a typical American diet.”

The latter reflected levels of nutrient consumption reported by the average U.S. adult, while the diet rich in fruits and vegetables was, in many ways, similar, but it contained more natural fiber and included fewer snacks and sweets.

Researchers looked at data from three randomly assigned groups of participants from the DASH trials. The total number of participants in the present analysis was 326, and each had followed one of the three diets mentioned above for a period of 8 weeks.

The investigators assessed the levels of three biomarkers related to heart health in samples of serum, a component of blood, collected from the participants.

The participants’ mean age was 45.2 years, and none had preexisting cardiovascular conditions.

The serum samples had been collected, first, after a 12-hour fast before the participants had started on their respective diets and, later, at the end of the 8-week study period.

Fruit and vegetable intake may be key
The serum biomarkers that the team assessed were: high-sensitivity cardiac troponin I, N-terminal pro–B-type natriuretic peptide, and high-sensitivity C-reactive protein.

Troponin helps regulate the contractions of the heart muscle, and overly high levels of this protein can indicate heart damage.

High levels of C-reactive protein in the bloodstream can indicate inflammation, while very high levels of pro–B-type natriuretic peptide are a marker of heart failure.

After assessing the serum samples taken before and after the 8-week dietary interventions, the team found that people who had followed either the DASH diet or the other fruit- and vegetable-rich diet consistently had significantly lower concentrations of two biomarkers — troponin and pro–B-type natriuretic peptide — than their peers who had followed the typical American diet.

This, the investigators suggest, indicates better heart health in those groups. Levels of the two biomarkers did not differ among the people who had followed either of the plant-rich diets.

C-reactive protein levels — which can indicate the presence of inflammation — were not affected by any of the three diets.

While it is unclear which aspects of the DASH and the other plant-rich diets may have benefited heart health, the study authors do have a hypothesis. They write: Nevertheless, they caution, “Further research is needed to confirm whether similar diets can improve cardiac function in adults with established heart failure.”