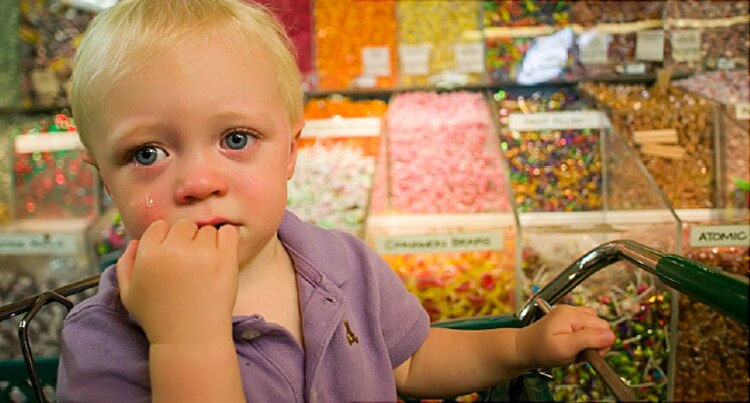 You’re standing in the snack aisle of the supermarket. Lying at your feet is your toddler, who has just been informed (by you) that, no, they cannot have the Cinderella fruit snacks. Their face has turned a shade somewhere between red and purple. Their fists are pounding the floor in fury as they emit a shriek that can be heard in the farthest reaches of the parking lot. The other shoppers are gaping at this spectacle as you wish desperately for a hole to open in the floor and swallow you up.

Many a parent has been through a scenario like this, although the tantrum might have taken a slightly different form; crying, hitting, kicking, stomping, throwing things, and breath holding are all popular tantrum techniques.

Temper tantrums are exceedingly common in children, especially between ages 1 and 4 — the early part of which is sometimes called the “terrible 2s” — when kids are still learning how to communicate effectively. More than half of young children will have one or more tantrums a week as they vent their frustrations and protest their lack of control.

Although they are a normal part of the toddler repertoire, temper tantrums can be distressing to parents. When they occur infrequently, tantrums aren’t a big deal and are best ignored. It’s when they become regular or intense that parents need to look into what’s causing them and find ways to stop them.

Tantrum Triggers
Some children are more prone to tantrums, particularly kids who are intense, hyperactive, or moody, or kids who don’t adapt well to new environments. For most toddlers, tantrums are simply a way of getting out their frustration and testing limits (Will mommy buy me that toy if I scream really loud?).

The smallest things, from asking them to take a bath while they’re in the middle of watching Sesame Street to requesting that they share a favorite stuffed animal with a younger sibling, can set off young children. Any situation that involves change may spawn a tantrum. Add fatigue or hunger to the equation and children, their threshold for tolerance even lower, are even more likely to throw a tantrum.