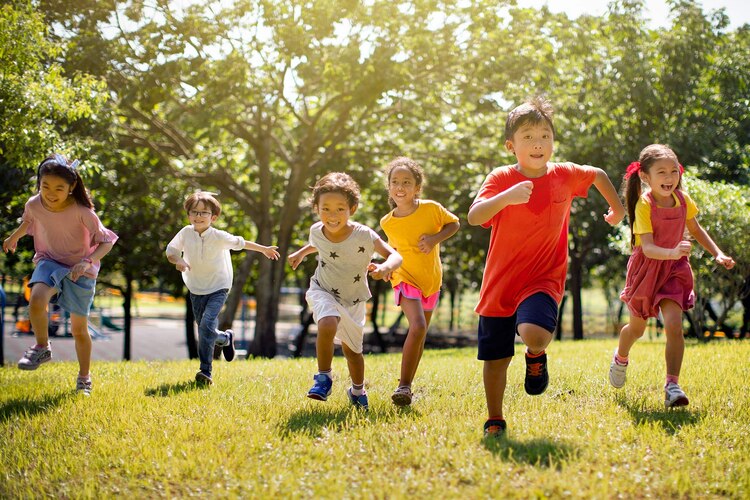 For millennia, parents have told their rowdy kids to “Go out and play!” In doing so, most hadn’t a clue they were nurturing the emotional, cognitive, language, and self-regulation skills that build executive function and social aptitude in children, all while enhancing critical brain structures that support pursuing goals and ignoring distractions.

In other words, play is needed for healthy development. So says a recent report published in the journal Pediatrics, which outlines how play advances such skills even as it manages toxic stress. What’s more, playing is shown to support the formation of stable and nurturing relationships with caregivers that kids need to thrive.

While the definition of play is not clear-cut, the researchers agree that play is naturally motivated, uses active engagement, and results in joyful discovery. It’s also voluntary, fun, and spontaneous, with no extrinsic goals.

There are different types of play, says Eileen Kennedy-Moore, PhD, a child psychologist and the author of Growing Friendships: A Kids’ Guide to Making and Keeping Friends. “Some play is child-directed; it’s about exploring,” she says. “A toddler puts everything in her mouth — she’s curious about the world. Physical play is rough-and-tumble, with kids running and moving their bodies. Social play may involve a child watching another kid, playing alongside him, which becomes cooperative play with shared goals as they interact. Pretend play is when children take on adult roles. Interestingly, this happens cross-culturally at specific developmental times, primarily during the preschool years.”

Free play enables children to understand their own preferences and interests, the report states. But play guided by an adult, where the child does her own actions, better promotes learning with a specific goal in mind.
Kennedy-Moore agrees: “Adult-guided play is not about an adult lecturing, but rather modeling for children by asking questions. For example, if a parent and a child are doing a puzzle, the adult might say, ‘I notice the color yellow is running through here. Do you see a yellow piece?’ Asking questions instead of giving the answers.” This allows a child to figure it out — and succeed — independently.

Play and stress are closely linked, with high levels of play associated with low levels of cortisol. Play may be especially important for children in high-stress family situations, the report says.

4 Game Changers
Use these play tips from Kennedy-Moore in your kids’ downtime to boost social, emotional, and mental development.

Ditch the device. There’s no “right” number of hours for kids to play — but do monitor screen time, Kennedy-Moore says: “Playing a video game virtually with a friend is not the same as a game of tag, where kids negotiate the rules, cooperate, and compete to catch each other.”

Solo play is good — to a point. “Alone play can be wonderful, and it builds imagination,” Kennedy-Moore says. “For instance, kids love playing alone with Legos.” But if your child always plays solo, it can be a red flag for social isolation.

Embrace unstructured play time. “Kids say, ‘I’m bored!’ and parents leap to the rescue,” Kennedy-Moore says. “If they can resist, the child moans and groans — and, then, something wonderful happens: Kids think of something to do. It’s a life skill to follow their own curiosity, entertain themselves, and manage their emotions.”

The play’s the thing. “Play is important and valuable, in and of itself,” Kennedy-Moore says, “even if it doesn’t always encourage development every time. Play is like art — to be appreciated.”