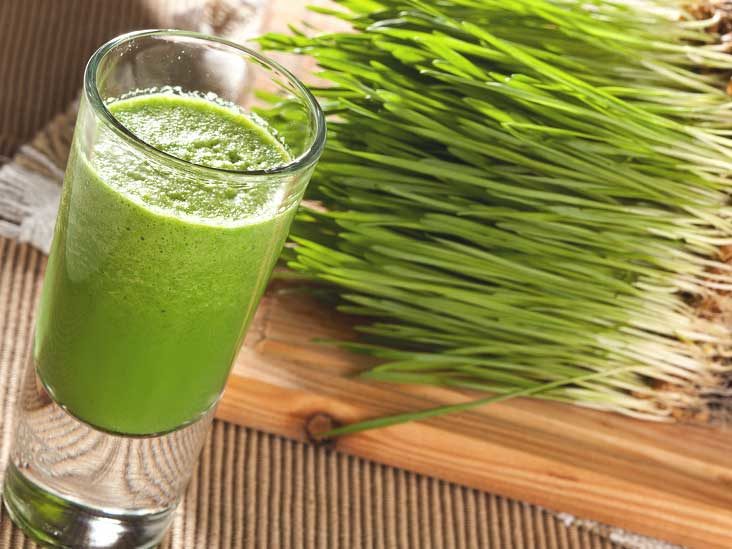 Wheatgrass juice may look like what you’d get if you put your lawn trimmings in a blender. But fans say it can strengthen the immune system, detoxify the body, and ward off disease. Folk medicine practitioners once used wheatgrass for everything from treating constipation to easing the pain of rheumatism.

What Is Wheatgrass?
Wheatgrass is the young grass of the wheat plant, Triticum aestivum. It grows in temperate regions throughout Europe and the United States and can live indoors or outdoors. Many people grow their own wheatgrass by putting wheat seeds in water and then harvesting the leaves.

Wheatgrass is a natural source of vitamins and minerals (a few of which are antioxidants) including:

How Is Wheatgrass Used by Fans?

The leaves are tough to digest, so they’re usually crushed and squeezed to make juice. Wheatgrass leaves also can be dried and made into tablets or capsules. Some people mix wheatgrass with water and use it as an enema to cleanse the digestive system. Others eat raw wheatgrass because they believe that cooking foods destroys the natural enzymes that provide the real health kick.

Can Wheatgrass Treat What Ails You?

Wheatgrass believers use it to try and combat a number of everyday health conditions, including colds, coughs, fevers, digestive problems, and skin conditions. Wheatgrass also has been used to potentially prevent and treat more serious conditions, from cancer to AIDS. Those who swear by it say that the potent ingredient in wheatgrass is chlorophyll, the pigment that gives plants their green color. They say chlorophyll acts like hemoglobin (the protein in red blood cells that transports oxygen) and increases oxygen levels in the body. Any green plant food you have eaten over the years, such as spinach, parsley, arugula, has also been contributing chlorophyll.

Does Wheatgrass Live Up to the Claims?

Despite all the health claims, there is very little, if any, evidence that wheatgrass actually works to detoxify or prevent or cure disease. Most of what little research has been conducted focuses on the effects of wheatgrass on the digestive system. Here’s what some of those studies have found wheatgrass may do:

Reduce chemotherapy side effects. Although there isn’t any scientific evidence that wheatgrass can shrink tumors or increase survival in cancer patients, a preliminary study of 60 women with breast cancer did find that wheatgrass reduced some of the harmful effects of chemotherapy without altering the effectiveness of the treatment.

What Are the Risks of Wheatgrass?

Although wheatgrass is considered safe, some people have reported side effects after using it, especially in high doses. They have ranged from mild (headaches and nausea) to more serious allergic reactions (hives and swelling of the throat). Because most people eat wheatgrass raw, there is also the rare chance that it can be contaminated with bacteria or other organisms from the soil.

Should I Use Wheatgrass?

There isn’t really any harm in trying a small amount of wheatgrass from a reputable company. Children, pregnant or nursing women, and anyone who has compromised immunity should avoid it because of the potential for bacteria.