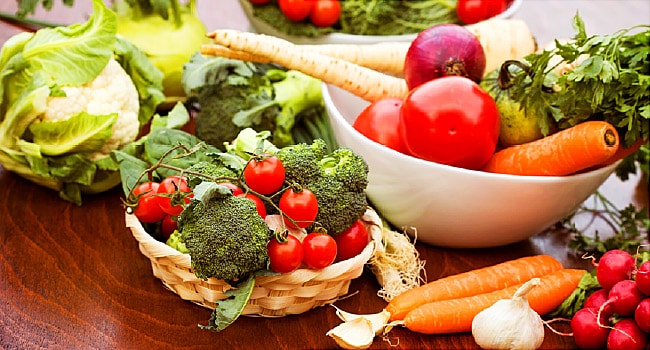 Vegetarians have better cholesterol and other measurements of heart health than meat eaters, according to the largest study of its kind to date.

Researchers compared 19 health measures related to diabetes, blood pressure, heart disease, cancer, liver and kidney function in 178,000 study participants who said they had followed a vegetarian or meat-eating diet for at least the last 5 years. They presented their results at this year’s online European Congress on Obesity.

The health benefits the researchers found for vegetarians were consistent despite different levels of obesity, sociodemographic factors and related lifestyle factors, said senior author Carlos Celis-Morales, PhD, of the University of Glasgow in Scotland.

Total cholesterol and LDL cholesterol concentrations for vegetarians in the study were 21% and 16.4% lower than in meat eaters. But some biomarkers considered beneficial, including vitamin D, were lower in vegetarians, while some considered unhealthy — including triglycerides and the kidney function indicator cystatin-C — were higher.

The study’s findings clearly confirm the importance of not looking at any health measurement in isolation, said John C. Mathers, PhD, of the Human Nutrition Research Centre at Newcastle University in the U.K.. “Health is complex and individual markers tell you just part of the story.”

Mathers says a vegetarian diet can be nourishing but cautioned that “just because someone excludes meat from their diet does not mean necessarily that they will be eating a healthy diet.”

The results support previous evidence from large studies, said Jose Lara Gallegos, PhD, senior lecturer in human nutrition at Northumbria University in the U.K., which showed that a vegetarian diet is associated with a lower risk of heart disease.

Many people, whether vegetarians or meat eaters, follow short-term diets, for example, the Atkins or the 5:2 diet, and often switch from one to another, or stop dieting altogether.

Metabolic markers tend to show clear improvement at around 3 months of adopting a particular diet, Celis-Morales said, but improvements in disease outcomes take a lot longer to become evident. In a separate study published last December, he and colleagues found that vegetarians have a lower risk than meat eaters for heart attacks and other heart disease over nearly a decade of follow-up.

Celis-Morales and his team are also looking at the data to understand if the vegetarian diet also brings a lower risk of cancer, depression, and dementia compared with meat-eaters.