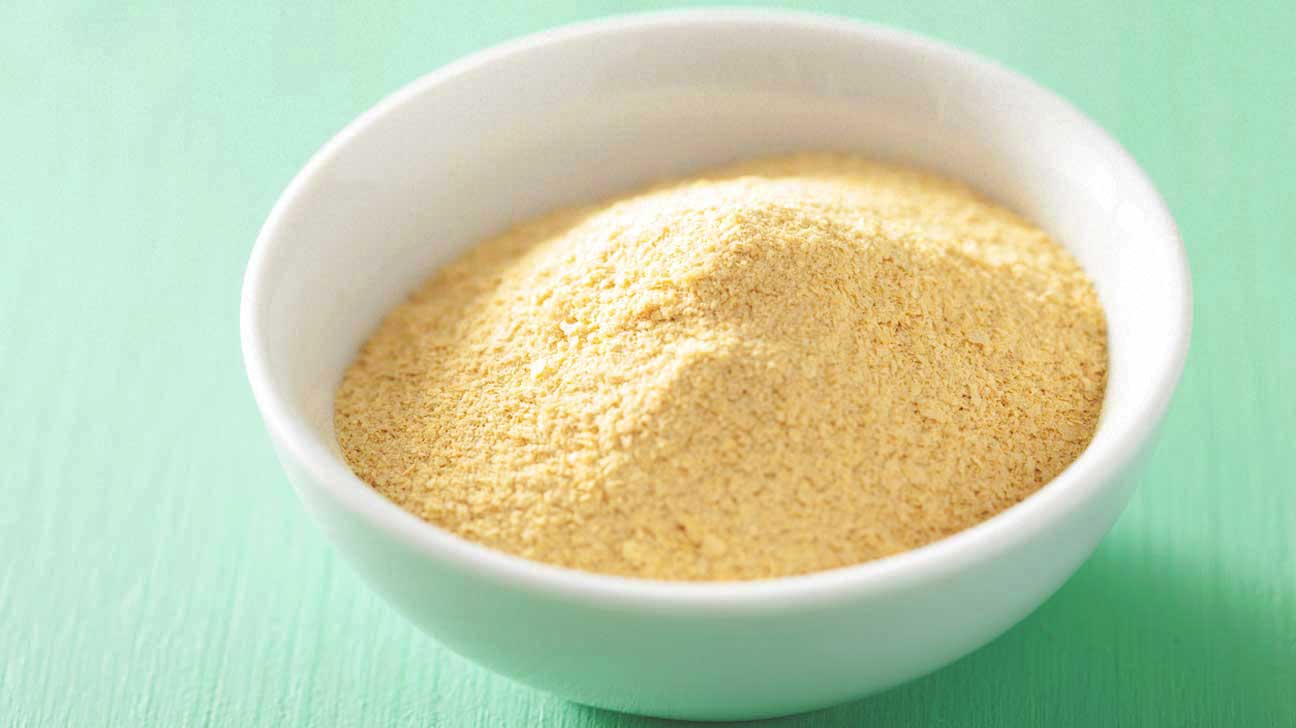 Yeast has played an important role in the human diet for thousands of years. This fungus is a vital ingredient in bread, beer, and a range of other foods. In recent years, many people have started consuming a specific type of yeast called nutritional yeast.

Due to its nutritional content, yeast in this form may increase a person’s energy, support their immune system, and offer additional health benefits.

In this article, learn about the benefits of nutritional yeast and how to incorporate it into a healthful diet.

What is nutritional yeast?

As the name suggests, brewer’s yeast is a by-product of the beer-making process, and it grows on hops. Manufacturers can grow nutritional yeast on a variety of sources, including blackstrap molasses, whey, and sugar beets.

Nutritional yeast is similar to the yeast that people use in baking, but it undergoes a heating and drying process that renders it inactive.

Nutritional yeast is dairy-free and usually gluten-free. As a result, it can be a useful supplement for people with food allergies or sensitivities, as well as those on restricted diets. It is also low in fat and contains no sugar or soy.

It also contains vitamin B-3, potassium, calcium, and iron.

The benefits that nutritional yeast may offer people include:

Although many manufacturers fortify nutritional yeast with vitamin B-12, not all of them do, so it is best to check the label. Vitamin B-12 may help boost energy, as a deficiency of this vitamin can lead to weakness and fatigue.

Nutritional yeast can be particularly helpful for vegetarians and vegans if it has added vitamin B-12, as this vitamin mostly occurs in animal products.

Adults need about 2.4 mcg of vitamin B-12 per day. Just one-quarter of a cup of nutritional yeast provides more than seven times this amount.

Research has shown that S. cerevisiae, the strain of yeast in nutritional yeast, can support the immune system and reduce inflammation resulting from bacterial infection. It may also be helpful in treating diarrhea.

Some research suggests that nutritional yeast can combat brittle nails and hair loss. It may also help reduce acne and improve other common skin problems, particularly in adolescence.

While some people believe that nutritional yeast improves glucose sensitivity in people with type 2 diabetes, studies have yet to prove this.

However, some research on chromium-enriched yeast, which is usually brewer’s yeast, found that this type of yeast could lower fasting blood glucose levels and cholesterol in an animal model.

Nutritional yeast can also support a healthy pregnancy. The United States Preventive Services Task Force recommend that all women who are planning a pregnancy take 400–800 mcg of folic acid a day to prevent congenital abnormalities and support the growth of the fetus.

Manufacturers frequently fortify nutritional yeast with folic acid, which can make it a useful supplement for pregnant women.

Some brands of nutritional yeast may contain more than a standard serving of folic acid though, so individuals should consult a doctor before using it as a supplement.

Nutritional yeast comes either in the form of flakes or as a powder. It has a savory, nutty, or cheesy flavor.

People can add it as a savory seasoning to a variety of dishes, including pasta, vegetables, and salads.

Some ways to use nutritional yeast include:

Nutritional yeast is available to buy in some grocery stores and health food shops, as well as online.

Are there any risks?

Despite all the benefits that nutritional yeast may offer, this supplement is not suitable for everyone. Researchers have recommended that individuals with inflammatory bowel disease (IBD), glaucoma, and hypertension avoid using nutritional yeast because it could make their symptoms worse.

People with a yeast sensitivity or allergy should also take care to avoid any exposure to nutritional yeast.

In addition, some researchers say that people with a higher risk of gout may want to avoid nutritional yeast.

Nutritional yeast is sometimes called a superfood because even a little of this high-protein, low-fat, nutrient-dense food provides a host of vitamins and minerals.

More research is necessary to confirm the benefits of nutritional yeast. However, it seems that it may help boost energy and maintain vitamin B-12 levels, as well as supporting the immune system, dermatological health, and pregnancy.

Many people also really like the taste of this nutritious food. Nutritional yeast is versatile, and people can add it to a variety of healthful dishes.