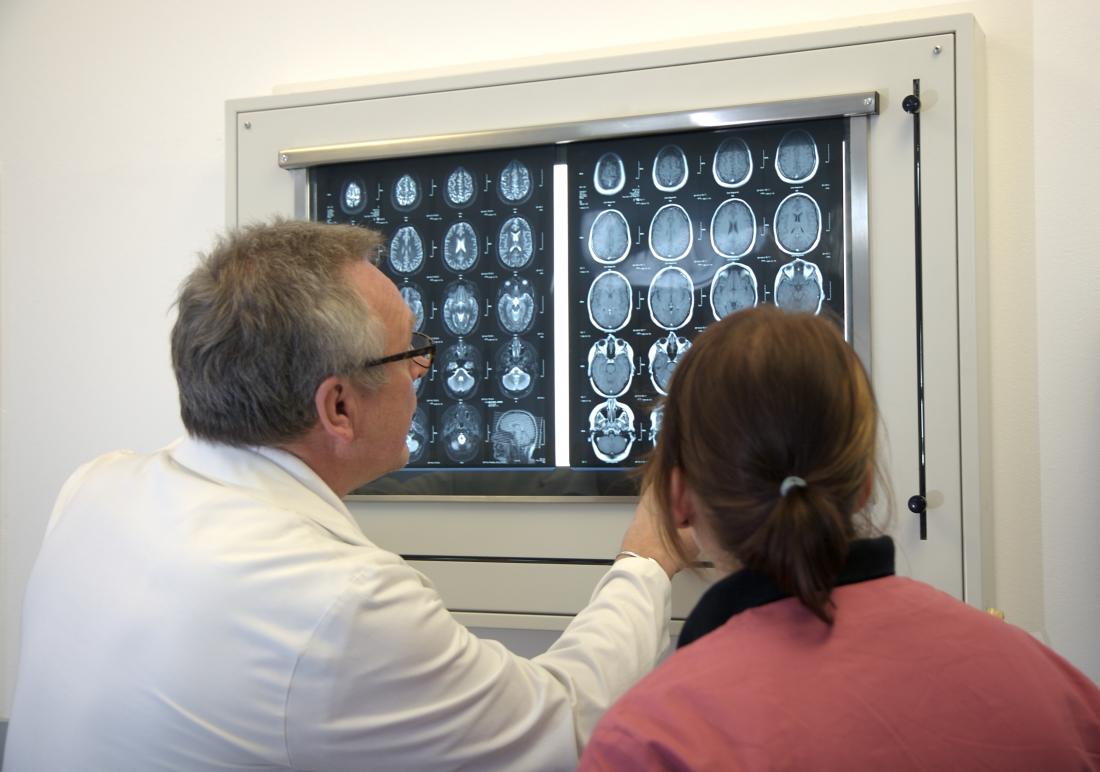 Scientists have developed a high-tech bracelet called the Nightwatch, which detects 85 percent of all severe nighttime epilepsy seizures — a much higher percentage than similar devices on the market today.
Brain scans check
A new type of wearable technology may help prevent epilepsy-related deaths.

Smartwatches are gaining popularity, and they often help users monitor their health in different ways, such as by recording sleeping habits or heart rates.

The researchers, who published their results in the journal Neurology, believe that this bracelet could be a vital tool for people with epilepsy.

Sudden unexpected death in epilepsy (SUDEP) is the leading cause of death in those with the condition. The risks of death are even higher in people who have therapy-resistant epilepsy and an intellectual disability.

The research team, based in the Netherlands, tested the Nightwatch with 28 intellectually disabled participants who have epilepsy.

Each participant wore the bracelet for an average of 65 nights, and the Nightwatch was set to sound an alarm if the person had a severe seizure. The participants were filmed to determine if there were any false alarms or seizures that the device failed to catch.

The Nightwatch works by recognizing two specific characteristics of severe epileptic seizures — a very rapid heartbeat and rhythmic, jolting movements. When these are detected, the device will immediately send an alert to the person’s caregiver.

Overall, the device recognized 85 percent of all severe attacks and 96 percent of those that were the most severe.

Both scores are far higher than those of similar devices. The current standard method of detection is a bed sensor that reacts to vibrations caused by rhythmic jerks.

The researchers also tested this sensor, for comparison, and it only detected severe seizures 21 percent of the time.

Epilepsy and the risk of death

While epilepsy involves seizures, not everyone who has experienced a seizure has the condition.

Instead, epilepsy is defined as a chronic, ongoing disorder hallmarked by recurrent and unprovoked seizures.

There are a number of types of epilepsy, defined by several factors.

When making a diagnosis, a neurologist will take into account what types of seizures the person experiences, how old they were when the seizures began, what part of the brain is involved, and what patterns can be detected, among other considerations.

Epilepsy is not always fatal, but those with this neurological disorder are at risk, in some cases. The leading cause of epilepsy-related death, as mentioned above, is SUDEP.

Following SUDEP, the body is often found in bed. In only a third of cases, there is evidence that the person experienced a seizure close to the time of death. Also, the body is frequently found facedown, which leads researchers to consider that suffocation may be involved.

There are a number of risk factors for SUDEP, including being aged 20–40, experiencing seizures at night, and having epilepsy that began during childhood.

In addition, those who have poorly controlled epilepsy are at much greater risk than those who do not, including patients that do not take their medication as scheduled. Also at increased risk are those with therapy-resistant epilepsy.

The Nightwatch may be a valuable tool for people at risk of SUDEP, and it could make a resounding difference for epilepsy patients, their caregivers, and their families.

The research leader, professor and neurologist Dr. Johan Arends, says that the device may reduce the number of SUDEP incidences by two-thirds.

However, he notes that this figure will depend on how quickly carers respond to the sounded alerts. If the device finds its way around the globe, it may help save thousands of lives.