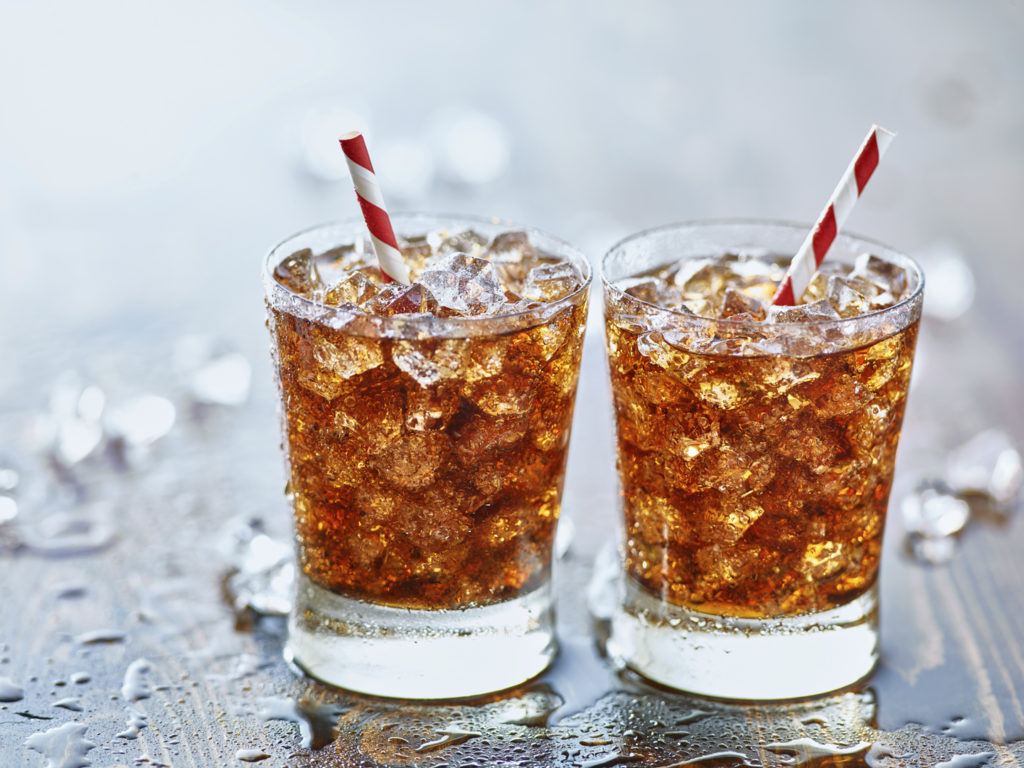 In a study that tracked nearly 82,000 postmenopausal women, those who drank two or more diet drinks per day saw their overall stroke risk rise by 23 percent, compared with those who consumed diet drinks less than once a week.

Blocked arteries were often the main culprit, with heavy diet drink consumption linked to a 31 percent greater risk for an ischemic stroke, which is triggered by a clot, the study findings showed.

Study author Yasmin Mossavar-Rahmani acknowledged that an “association does not imply causation.” But she stressed that the findings held up even after taking into account the nutritional value of each participant’s overall diet.

So, “we can’t assume these diet drinks are harmless, particularly when consumed at high levels,” Mossavar-Rahmani said.

“The take-home message is that these findings give us pause,” she added. “We need to do more research on why we are seeing these associations. What are the scientific mechanisms? Is there something about the artificial sweeteners, for example, that affect the bacteria in the gut and lead to health issues?”

Mossavar-Rahmani is an associate professor in the department of epidemiology and population health’s division of health promotion and nutrition research at Albert Einstein College of Medicine, in New York City.

The study authors pointed out that the American Heart Association (AHA) has recently underscored the lack of sufficient research into the cardiovascular impact of diet sodas. Until more work is done, the AHA says the jury remains out on whether artificially sweetened beverages do or do not hasten heart disease.

Women in the latest study were between 50 and 79 when they first enrolled in the Women’s Health Initiative trial between 1993 and 1998.

Investigators tracked the general health of all the enrollees for an average of nearly 12 years. During that time — at the three-year mark — all the women were asked to indicate how frequently they consumed diet sodas and diet fruit drinks over a three-month period.

The researchers did not take note of which brands of artificially sweetened drinks the women drank, and so did not know which artificial sweeteners were being consumed.

That said, nearly two-thirds of the women consumed diet sodas or drinks very infrequently, meaning less than once a week or never. Only about 5 percent were found to be “heavy” consumers of artificially sweetened drinks.

After taking into consideration a variety of stroke risk factors — including blood pressure status, smoking history and age — the study team concluded that heavy consumption of diet drinks did appear to be tied to cardiovascular risks in a number of ways.

For example, those women who drank two or more diet beverages a day saw their overall risk for developing heart disease increase by 29 percent. They were also 16 percent more likely to die prematurely from any cause.

Certain groups fared even worse: Among obese women and black women with no history of heart disease or diabetes, a diet drink habit pushed clot-driven stroke risk up by roughly twofold and fourfold, respectively, the researchers reported.

Whether or not the findings would apply to either men or younger women remains unclear, the study authors noted.

The findings were published online Feb. 14 in the journal Stroke.

Lona Sandon is program director of the department of clinical nutrition at the University of Texas Southwestern Medical Center in Dallas.

She agreed that more research is needed to further explore a possible diet drink-heart disease connection. But for now Sandon offered simple advice: diet or regular, sodas offer no nutritional value other than calories.

“If they replace other drinks, such as milk and 100 percent fruit or vegetable drinks, then these women miss out on valuable nutrition for protecting the heart and vascular system,” Sandon warned.

“The nutrition you are missing because you are drinking artificially sweetened beverages instead may be the real problem,” she said.

A group representing the artificial sweetener industry offered another caveat about the findings — that many women who drink diet drinks are already struggling with weight issues.

“It is likely study subjects were already at a greater health risk and chose low-calorie sweetened beverages to manage their calorie and sugar intake as these products are proven safe and beneficial for those managing their weight and blood glucose levels,” said Robert Rankin, president of the Calorie Control Council.

“The contribution of reverse causality, meaning that individuals already at a greater risk of stroke and cardiovascular events chose low-calorie sweetened beverages, is very likely the cause of the associations presented by these researchers,” the council added in a statement.