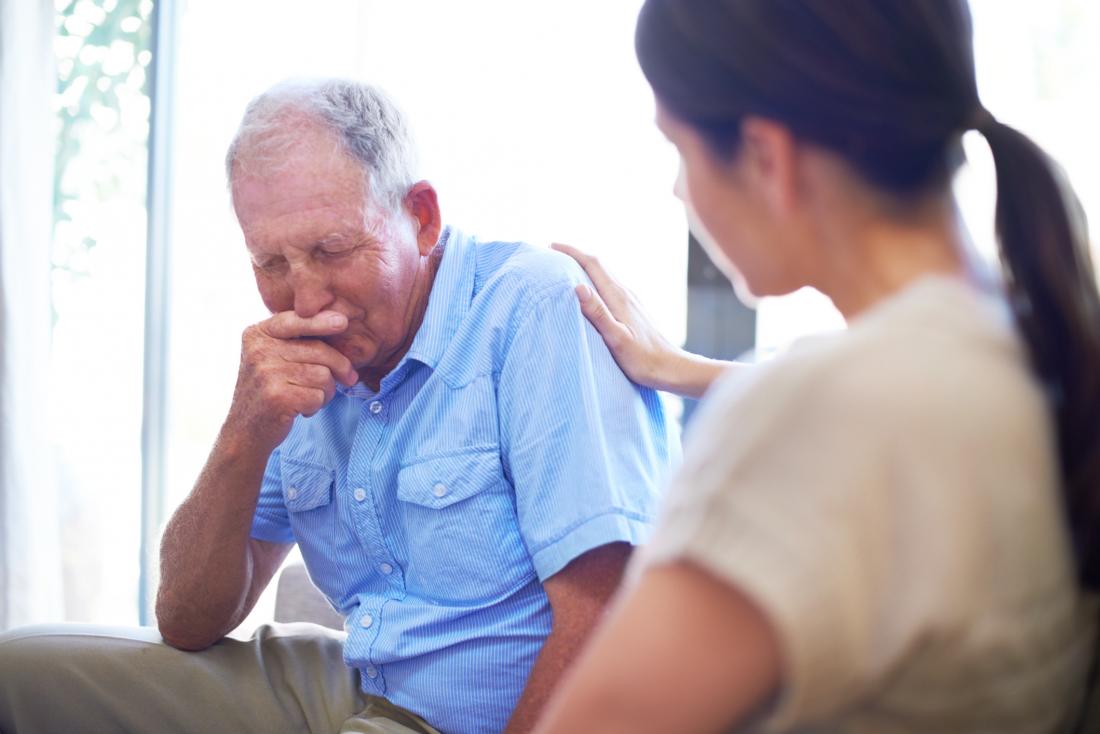 Losing a loved one is, of course, incredibly traumatic; it may also shorten lifespan. A recent paper reviews decades’ worth of research into bereavement and its effects on the immune system.

For years, researchers and laypeople alike have noted that when someone loses a partner, their risk of mortality increases significantly.

In days gone by, we might have referred to this as a death from a broken heart.

The phenomenon has been under investigation for decades.

For instance, researchers using data from a Finnish population published their findings in 1987. They found that “For all natural causes, mortality during the first week [following the death of a spouse] was over two-fold, compared to expected rates.”

Another study, published in 1995, concluded that, following the death of a spouse, mortality “was significantly elevated in both men and women.” This elevation was most pronounced 7–12 months after the bereavement.

Although scientists have collected a fair amount of evidence demonstrating this effect, there is less information about the biological mechanism that drives it.

Bereavement and the immune system

Now, a literature review has attempted to tie previous findings together to create a clearer picture of this phenomenon. Specifically, the authors were interested in how bereavement and grief might negatively influence the immune system, thereby increasing mortality risk.

The authors, from the University of Arizona, in Tucson, recently published their paper in the journal Psychosomatic Medicine.

The researchers conducted a systematic review of published research from 1977 to now. In all, 33 studies met the grade to be considered for analysis and the scientists focused on 13, which were of the highest quality.

When asked why they conducted the research, one of the authors, Lindsey Knowles, explained that “There is strong evidence that spousal bereavement increases morbidity and risk for early mortality in widows and widowers; however, we have yet to discover how the stress of bereavement impacts health.”

It was in the late 1970s that scientists started looking to the immune system’s role in increased mortality risk after bereavement.

A paper published in The Lancet in 1977 claims to be the first to measure an abnormality in immune function following bereavement.

A new review of the evidence

Knowles explains that she wanted to create a document that includes “all published data on the association between bereavement and immune function — to establish a knowledge base and suggest specific directions for future research.”

The paper outlines the primary findings from studies that have been carried out to date.

In particular, they identify that people who are bereaved have increased levels of inflammation, faulty immune cell gene expression, and reduced antibody responses to immune challenges.

These changes are all significant when trying to understand why people who are bereaved have a higher risk of death; for instance, scientists already know that chronic inflammation plays a part in a range of conditions, including obesity, heart disease, and diabetes.

The authors also conclude that there is a link between the psychological impacts of bereavement — such as grief and depression — and how severely bereavement impacts immune function.

A study published in 1994, for instance, found that, overall, individuals who had been bereaved did not have significant differences in their immune profiles. However, those who also met the diagnostic criteria for depression did have impaired immune function.

This type of research is important; there is still an air of mystery around the topic, so any new insight is vital. Scientists know that grief increases the risk of an earlier death, so understanding what is happening on a physiological basis could help guide how doctors treat these people in the future.

Another of the paper’s authors, associate professor Mary-Frances O’Connor, explains how, “Someday, clinicians may be able to track changes in patients’ immunity and prevent medical complications after this difficult experience.”

When asked about the contribution that this paper lends to the field, O’Connor says:

“This systematic review gives researchers a resource to read all that research in one place, with a modern perspective on how the field has changed and a visual model to help move the field forward in a more organized way.”

Although this line of inquiry has a long history, there are still many gaps that scientists need to fill with fresh research.

As the authors explain, there is a great need for large longitudinal studies; for instance, if researchers could assess an individual’s immune profile before bereavement occurs and throughout the aftermath, this would provide a much-needed depth of information. Of course, this approach would require a great many resources.

Hopefully, this review will ignite a fascination in the next generation of researchers who are destined to tackle this topic.